5th Sept Round Up 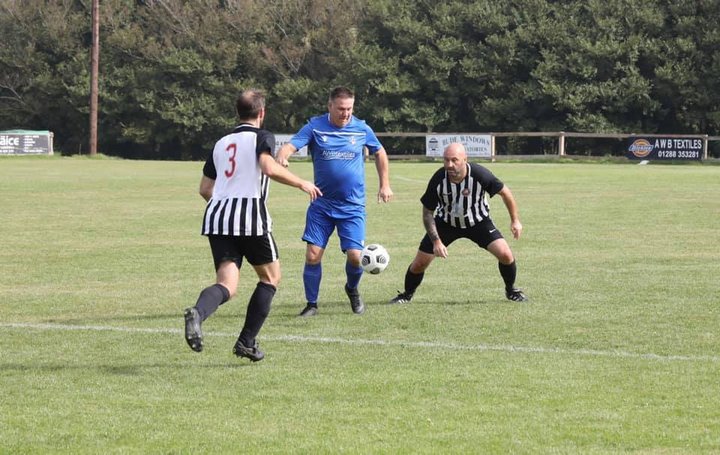 Plenty of goals on the opening day of the season

The Cornwall Veterans League got their season up and running last weekend with several goals flying in throughout the county.

Newly promoted St Dennis got their season off to a flying start in Division 1 with a big win at Lanreath. Despite only travelling with a bare eleven, Saints hit seven goals with new signing Kevin Allen bagging a brace. Ryan Hayhurst and Kev Morcom also netted twice, with Lee Whetter completing the scoring for the clay country outfit in a 7-2 success. James Barratt and Martin Ruffin were on target for the stunned hosts.

Millbrook started their campaign with a solid win at Bude Town. The visitors who had raced into a 2-0 interval lead eventually came out on top 4-1 with James Carhart (2), Danny Medlin and Richard Washburn netting. Lee James hit the solitary reply for the hosts.

In a tight game on the brand new 3G pitch at Saltmill, hosts Saltash Borough came out on top against Downderry Rovers. The home side had a bright opening 20 minutes and went ahead when a Phil Screech cross was nodded home by Chris Allmett. Rovers rallied and restored parity on the half hour. Another cross on the hour mark was headed home in style by Stuart Fort and Gareth Layer extended the lead soon after with a volley from just inside the box. Borough thought they had the game sewn up when Screech went through to score, only to see the effort ruled out as the referee had already blown for a penalty. However Fort’s spot kick was well saved by Rob Brown in the Downderry goal and within a minute or two, Rovers made the most of their reprieve to pull a goal back. Borough weren’t to be denied and in the final moments Fort put Dan Wheeler through who slotted the ball past the advancing keeper to secure a 4-2 success. Leon Caers and James Bateman were on target for the visitors.

The other Div 1 fixture between Perranporth and Foxhole was awarded to the Foxes when Perran had to concede when they could not raise a team.

After suffering relegation Royal Par began life in Division 2 with a decent 5-2 success over visiting Kernow Wanderers at Par Track. Mariusz Janasiak netted twice for the hosts, with Mark Place, Matt Will and Lee Benning weighing in with the other goals. Colin Tegg and Martin Thurlow replied for the visitors.

Ian Jenkins (2), James Petty, Barry McCabe, Lee Duffield, Peter Barnes and Darren Lewarne all netted for Redruth United in a 7-1 home victory over Clays and Newquay completed a trio of home wins in Division 2 with a 4-1 success over St Day at Newquay’s Mount Wise Stadium. Dan Parsonage (2), Lewis Saundry and an own goal made up the home side's four goal tally, while the visitors, who were playing their first game in the vets league, notched their consolation goal through Bryan Hawke.