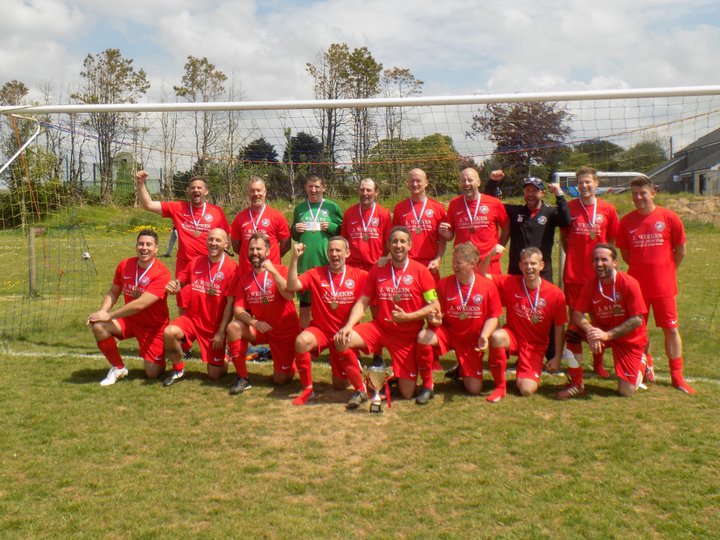 The curtain came down on the Cornwall Veterans season with the Knockout Cup Final at Rally Park, Lanreath. Contesting the final were Bude Town from Division 1 and Division 2 champions Millbrook.
Millbrook were playing in their second final in as many weeks and were looking to put their previous week’s League Cup disappointment behind them after going down 5-1 against Perranporth.
The Millbrook starting eleven was must changed from their League Cup starting line up with no less than six changes. Amongst those missing were top scorer Brian Stacey, influential midfielder Jonathan Pidgen and ‘keeper Mark Pratten. They were able to welcome back captain Richard Washburn and striker Andrew Carter who missed the Perranporth reversal.
Millbrook made a bright start, but it was Bude who took the lead after only six minutes. A short corner routine saw Mark McManus cut in from the left and his low shot found the target just inside the near post.
Millbrook were dealt a further blow with the game less than a quarter of an hour old when central defender Pete Ireland hobbled out of the action. Although forced to reshuffle Millbrook pushed forward in search of an equaliser. Andy Wainwright went close with a decent strike from outside the box and Washburn was denied by a last ditch tackle after latching on to a poor goal kick.
Just past the half hour Millbrook were on level terms. Gary Metters found space on the edge of the box, settled himself and produced a clever finish to loop over Ian Adams in the Bude goal.
Two minutes later Millbrook turned the game on it’s head. Washburn’s cross from the left was intercepted by ‘keeper Adams, but unfortunately for him and Bude could only palm the ball to the oncoming Carter who made no mistake from close range to put ‘brook 2-1 up.
Just before the interval Carter was again in the thick of the action. The pacey striker’s run was halted illegally in the penalty area and referee Paul Cackett immediately pointed to the spot. Danny Medlin stepped up to blast his penalty kick home to stretch the Millbrook lead to 3-1 at half time.
The second half was barely two minutes old when there was a lengthy stoppage for Millbrook midfielder Stephen Roberts to receive treatment for an ankle injury. He too hobbled out of the fray.
Bude pushed hard to get themselves back in the game and were unlucky just past the hour when Ian Marks saw his close range effort cleared off the line. A few minutes later McManus saw an effort saved by Millbrook ‘keeper Dave Dunstan with the follow up going wide.
With just over 15 minutes to go Dunstan was again called into action, palming away from the strong running McManus. The resulting corner was played short to Norman Foster, but his shot was also kept out by Dunstan. Another corner on 80 minutes saw Town go close. Marks though couldn’t direct his header at the back post on target and the ball looped over the crossbar. Millbrook were still a threat on the counter attack. Carter broke free, but his strike failed to trouble the ‘keeper.
As the clock ticked towards 90 minutes Bude were still creating chances. Phil Walsley saw his effort go just wide and Foster was thwarted once again by Dunstan.
After 6 minutes of stoppage time the final whistle blew and Millbrook were presented with the Knockout Cup by the Cornwall Veterans League General Secretary, Mike Hinks.
Millbrook goalkeeper Dave Dunstan was given the Man of the Match award by Lanreath FC. The award was presented by Craig Holman and sponsored by Bar View, Lanreath 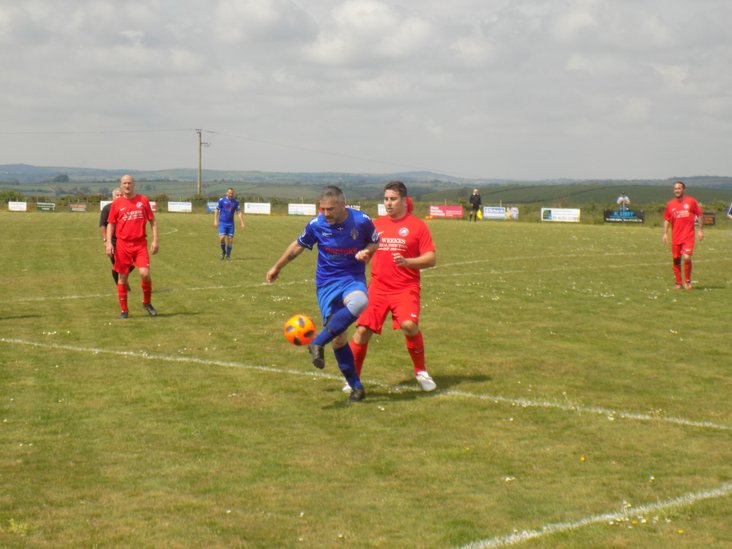 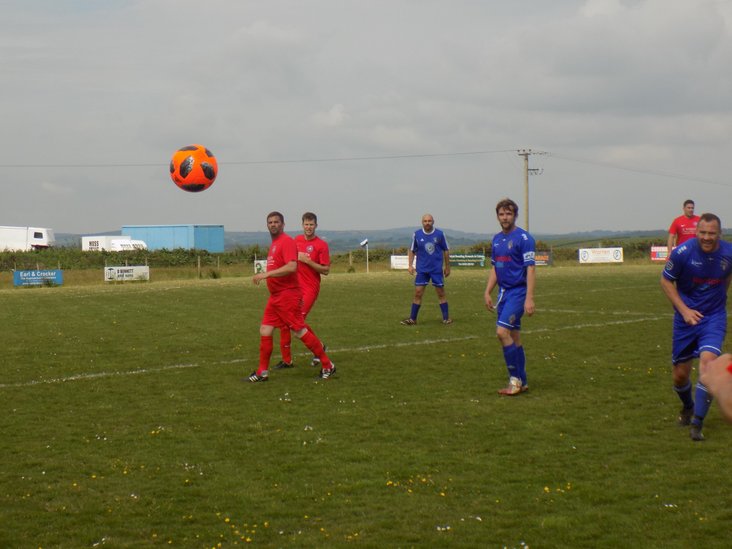 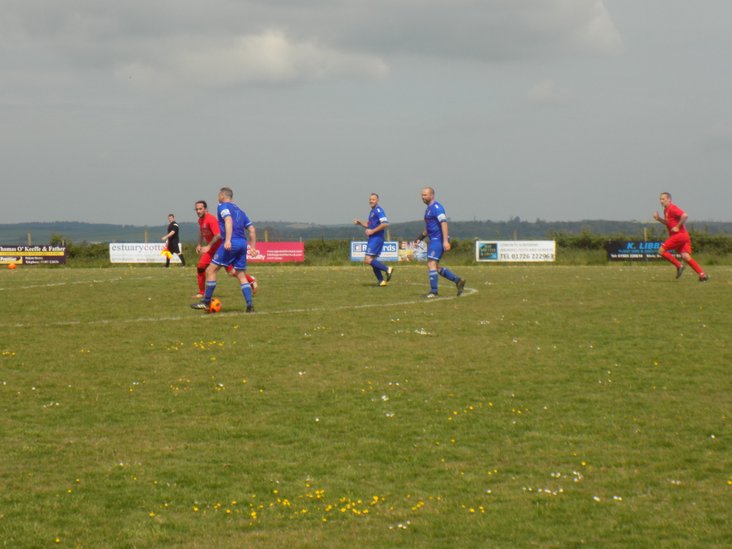  Round Up 8th Sept First games of the new season