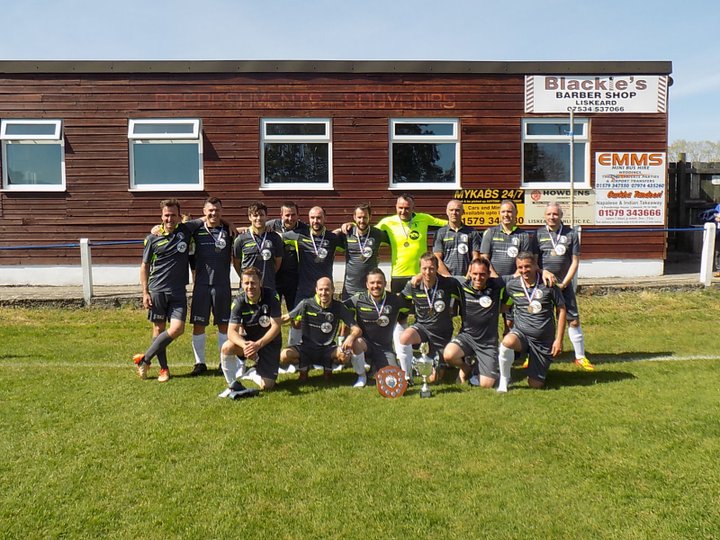 Immediately after the Supplementary Cup Final which saw Downderry Rovers overcome 10 man Callington Town 4-1 attentions were immediately drawn to the League Cup Final which paired the Division 1 and Division 2 winners Perranporth and Millbrook together. The sun continued to shine on an excellent Lux Park playing surface and like the previous match this game too threw up moments of controversy, goals and incidents, but was also a great advert for Cornish Veterans Football.

In a cagey opening, both sides cancelled each other out with the only moment of incident a penalty shout for Perranporth when Ian Gosling and Millbrook’s Pete Ireland had a coming together in the box.

On 18 minutes the game came to life when a poor clearance fell to Millbrook midfielder Jonathan Pidgen. His powerful drive from 20 yards hit the back of the net to give the Division 2 side the early lead. A couple of minutes later, Millbrook came close to doubling their lead. Top scorer Brian Stacey turned neatly, but put his shot wide. 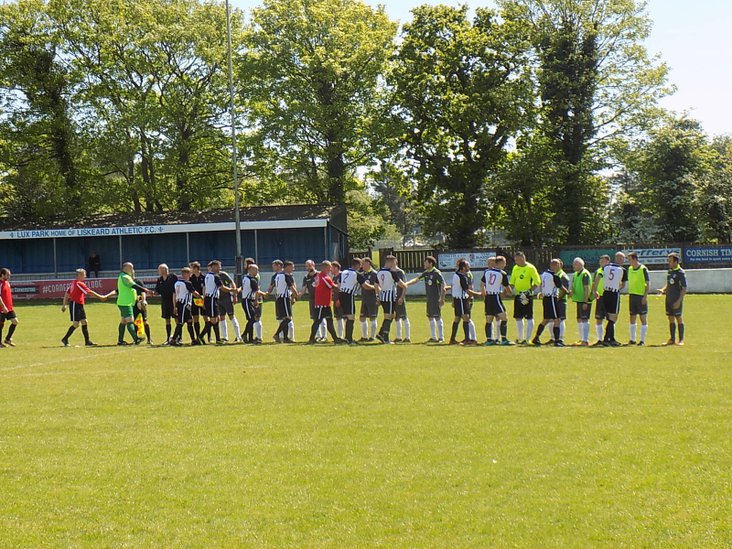 At the midpoint of the half some good build up play ended with Paul Robertson’s long range effort going high and wide. However, from the resulting goal kick, in similar circumstances to the Millbrook goal the ball fell to Gosling who chipped the back pedalling ‘keeper Mark Pratten. He got a hand to the effort, but couldn’t prevent the equaliser going in.

Five minutes later, Perranporth turned the game around when Stuart Gerty pounced on a loose ball to fire home from close range to give the Division 1 champions a 2-1 advantage.

Ten minutes before half time came the big talking point. Perranporth defender Dave Rawlings and Millbrook striker Matt Williams tangled with one another, the latter appearing to lash out. After consulting his assistant, referee Allen Johns showed a yellow card to Rawlings, but issued a straight red card to Williams.

Although down to ten men, Millbrook finished the half strongly with Stacey going close on a couple of occasions in their attempts to get back on level terms. 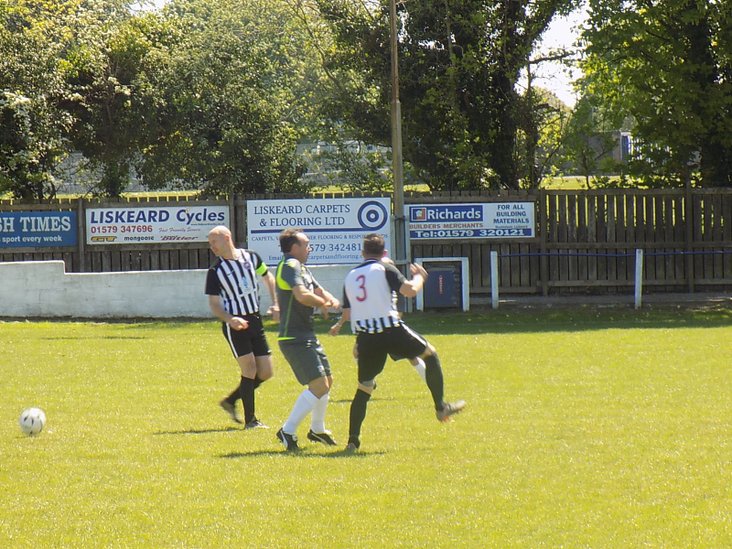 Twelve minutes into the second period Perranporth were given an ideal opportunity to stretch their lead when Robertson was fouled in the penalty area. Elliott Brown stepped forward to take the spot kick, but blazed his effort over the bar.

The ten men of Millbrook battled bravely, but fell further behind in the 68th minute when a deep cross was headed in at the back post by Rawlings. With a quarter of an hour remaining, Dean Bettle’s strong run and cross ended with the unfortunate Ireland heading past his own ‘keeper and in the 87th minute Gosling latched onto a through ball, finished neatly and wrapped up a 5-1 victory for ‘Porth.

The end result was a little harsh on Millbrook, but Perran were ruthless in the final quarter of the game, making the most of their numerical advantage. It caps a fine season for Paul Biddick’s men, who were also presented with the Division 1 shield and the League Cup trophy after the game. Millbrook have the chance to make amends on Sunday (19th May) when they take on Bude Town in the Knockout Cup Final at Rally Park, Lanreath, 11am ko. 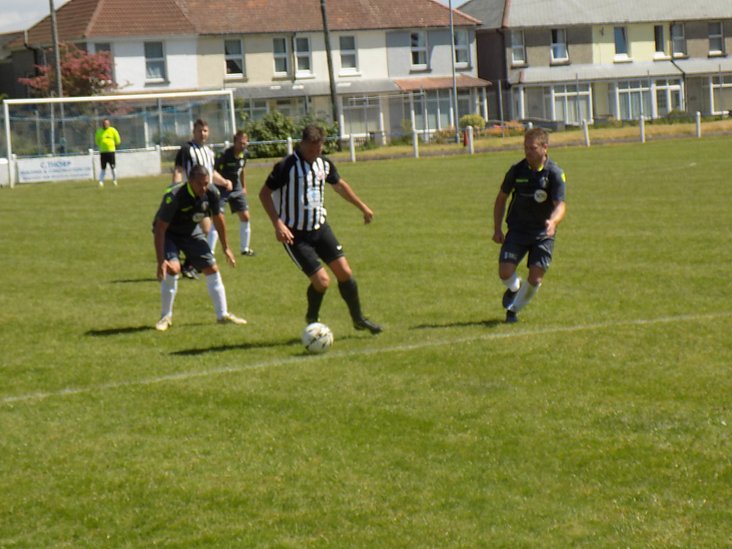 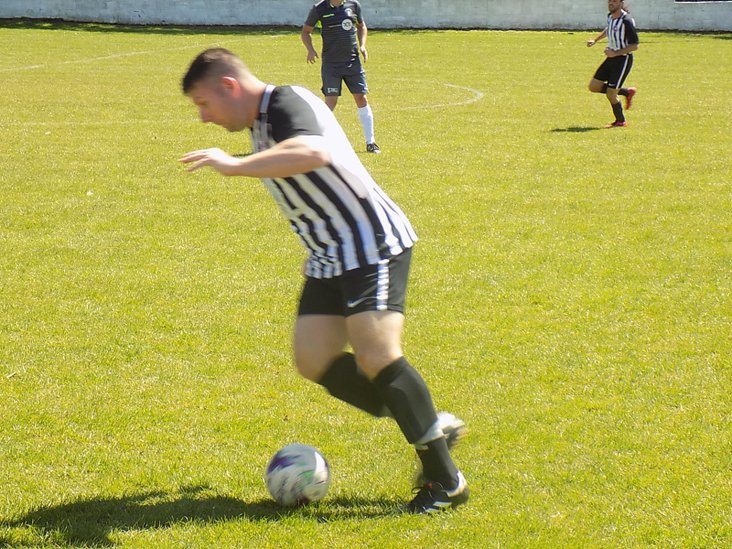 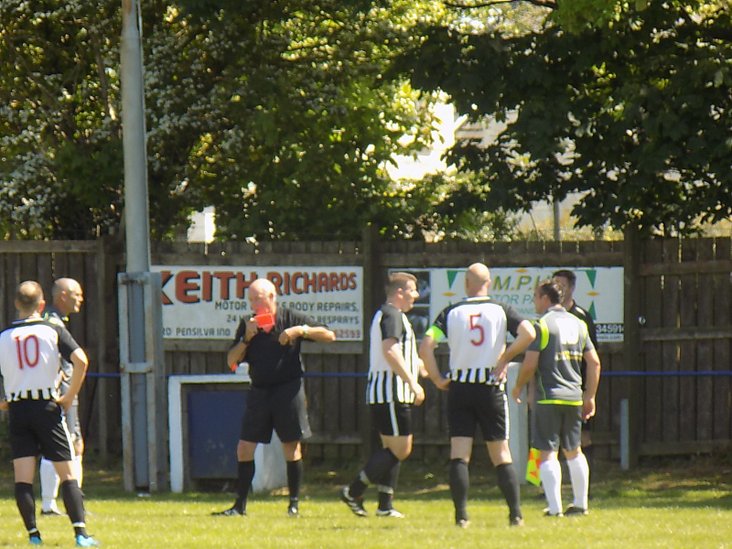 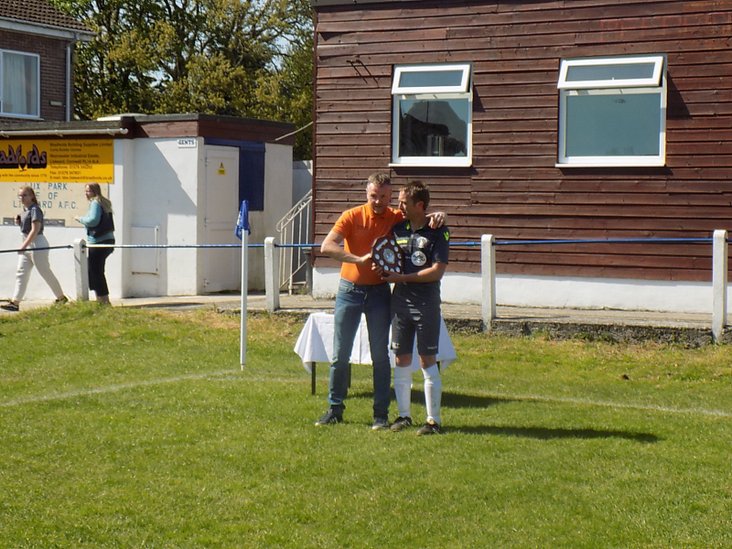