League Cup Round Up 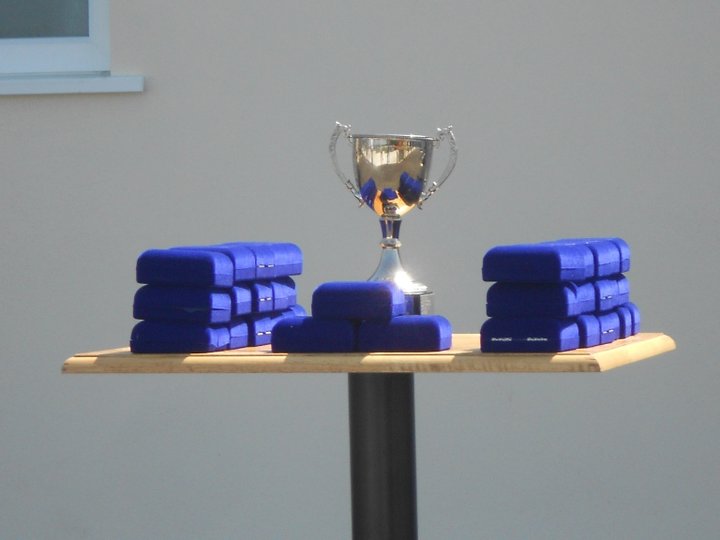 There was Vets cup action at the weekend with 6 ties decided in the Q Cornwall Leisure Veterans League Cup first round.
Holders Perranporth got themselves into the hat for the next round, but were given a scare at Division 2 newcomers Redruth United. The home side had scored twice through Peter Barnes and Nigel Martyn, but the visitors also scored twice so the scoreline was locked at 2-2 after 90 minutes. With no extra time the match went straight to penalties where Perran came out on top, winning the shootout 4-2.
Last years beaten finalists Millbrook are looking to go one better this season and kept themselves on track with a convincing home win over Bude Town. Danny Medlin and Richard Washburn each netted from the penalty spot, with Brian Stacey (2) and Jon Pidgen completing the scoring in a 5-0 success.
Royal Par stormed into a 3-0 lead at half time at Kernow Wanderers. They added another goal in the second period to complete a 4-0 victory. Mariusz Janasiak bagged a brace with Alex Webster and Kev Rowden notching the other goals for the visitors.
Saltash United hosted Downderry Rovers at Kimberley Park and in an even first half both sides traded goals. The second half saw the home side take control to take the tie 4-1. Ashes scorers were Paul Sidey, Darren Clatworthy, Phil Screech and Dave Wilkinson with Jim Moynan replying for Rovers.
Newquay travelled to St Dennis expecting a tough encounter, but with the home side depleted in numbers and playing the game with 9 men the visitors were able to complete an easy 9-1 victory. Lee Paxton took full advantage with a personal tally of five goals. Sean Kilker, Andy MacIntosh, Steven Harris and Chris Kelly netted the other Newquay goals.
The other tie was decided without a ball being kicked after Lanreath forfeited their match with Foxhole after suffering from a shortage of players.
Later in the day the draws were made for the League Cup Quarter Final and the Supplementary Cup Preliminary/First Round.