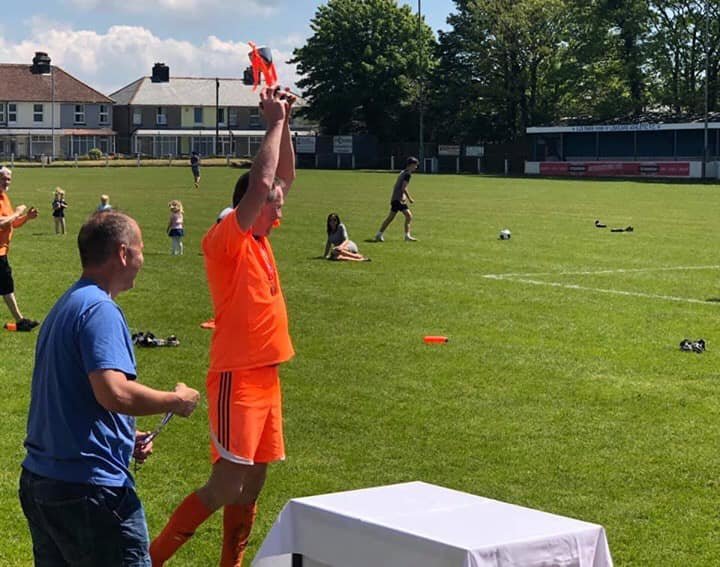 On a sun drenched day, Liskeard FC hosted the Cornwall Veterans Supplementary Cup Final last Sunday. It paired Division 1 sides Callington Town and Downderry Rovers and the game had goals, drama and talking points, and was a fabulous advert for Vets Football in the Duchy.

Town were first to show, going ahead on nine minutes. Matt Penry’s driving run was halted by a foul on the right hand edge of the box and the resulting free kick evaded everyone to nestle in the net. Rovers almost responded immediately when Rob Bilsborough pounced on a loose ball in the box, but his shot went agonisingly wide.

Rovers though were back on terms just before the half hour, when Darren Gilbert’s well struck free kick from 20 yards beat Lee Beer in the Callington goal. There were half chances at both ends in the remainder of the first period, but the scores stayed level at the break.

Perhaps the turning point of the game came 7 minutes into the second half when Cally midfielder, Paul Nesbitt was shown a straight red card for comments made to the referee. Rovers made their numerical advantage count and ten minutes later Gilbert bagged his second of the match after a strong solo run. His left foot shot going in off the near post.

Lee Caers had an opportunity to extend the lead with a quarter of an hour remaining, but after he sprung the offside trap his shot went the wrong side of the post from a Rovers point of view. With five minutes to go Rovers were awarded a penalty when Caers was upended in the box. Neil Mullis stepped up to send the keeper the wrong way to make it 3-1.

With the game moving into stoppage time Caers rounded the keeper and slotted into the empty net to give Rovers an emphatic looking 4-1 victory. 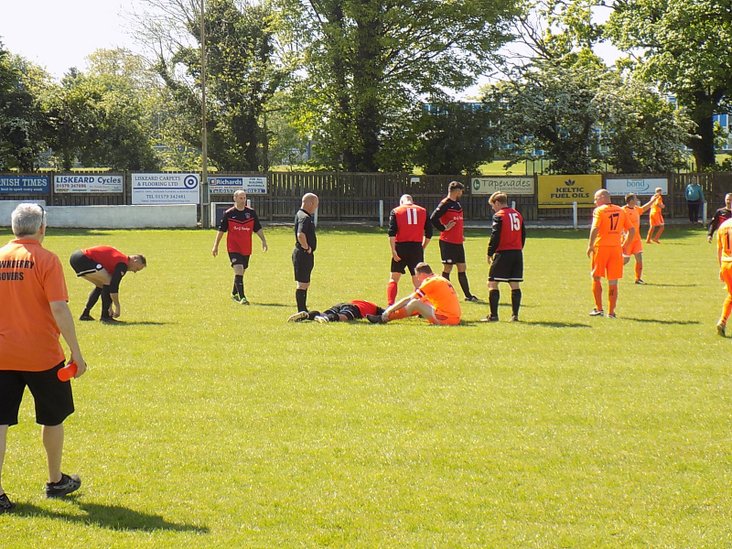 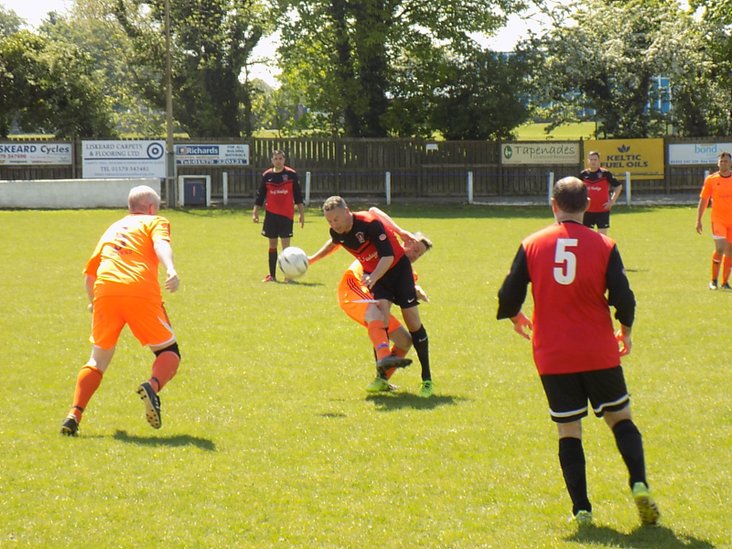 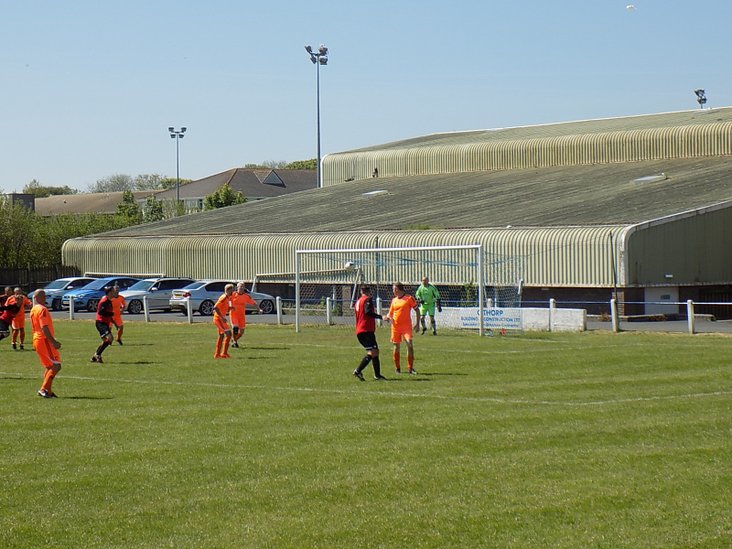